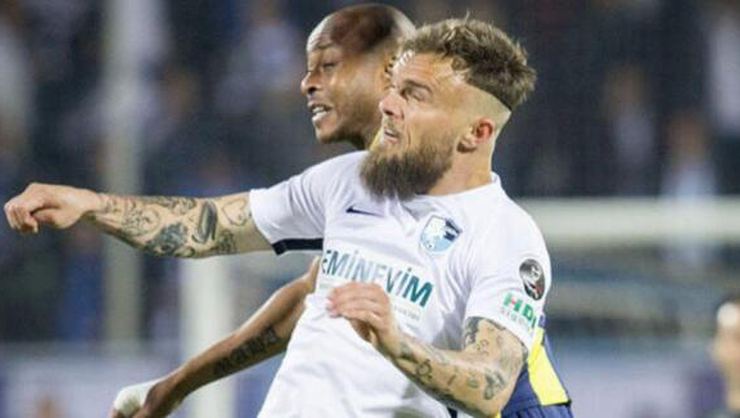 At the beginning of the season, we agreed with our former player, Pierre Kanstrup, who we have mutually terminated our contract.

From the moment we stepped into our city, we provided the hospitality of Erzurum to him and his family in the best way by providing all kinds of opportunities to Pierre Kanstrup, his house, his car and his child’s kindergarten as well as the facilities we provided to our other local and foreign players.

We have invested in the timely and complete payments of the player who will do his best for our team during the matches he has taken.
After officially leaving the team, he stayed at the house allocated by our club for a while at his request, and the allocated car remained in the player, and the club building and training grounds were kept available until the player left the city.

At the beginning of the season, there is a foreign border in the lower league, we stated that he was unlikely to be in the squad with the talks we held with the technical committee in line with the interests of Erzurumsporum, we terminated our agreement by mutual agreement and paid all of the receivables.

We have condemned these unjust and groundless claims that the player left Erzurum after reaching an agreement with another team about a month ago after the farewells that took place in a warm environment with our club president, managers, club staff, technical committee and players.

Kanstrup, with the separation from Erzurum bitterness, hoping to come to Turkey again, like family planned to return to the national agenda by selecting a sensitive subject, slander our club has been at, was trying to harm our city and our country.

A city that loves football, such as Erzurum, a city as hospitable as Erzurum, the same interest and devotion to every player in the club showing our love, the president known for his love for children with no right to stain this kind of unfair accusations.

This website uses cookies to improve your experience while you navigate through the website. Out of these cookies, the cookies that are categorized as necessary are stored on your browser as they are essential for the working of basic functionalities of the website. We also use third-party cookies that help us analyze and understand how you use this website. These cookies will be stored in your browser only with your consent. You also have the option to opt-out of these cookies. But opting out of some of these cookies may have an effect on your browsing experience.
Necessary Always Enabled
Necessary cookies are absolutely essential for the website to function properly. This category only includes cookies that ensures basic functionalities and security features of the website. These cookies do not store any personal information.
Non-necessary
Any cookies that may not be particularly necessary for the website to function and is used specifically to collect user personal data via analytics, ads, other embedded contents are termed as non-necessary cookies. It is mandatory to procure user consent prior to running these cookies on your website.
SAVE & ACCEPT